An examination of dreaming big
and the limitations of reality.

Direct from Steppenwolf Theatre, this modern - and often shocking - new play was commissioned and developed as part of Steppenwolf's 2015/2016 new play series.  We are fortunate to host the second ever production of this important new work!

Millie is a smart, resourceful young mother who works as a housekeeper in one of New York’s premier luxury hotels. When an opportunity to move into management gives her the chance to leave behind her blue collar life, Millie must decide how much, and who, she’s willing to sacrifice to secure her family’s future. A funny and scathing look at America’s corporate culture, The Fundamentals examines the compromises we make in order to fulfill our dreams. 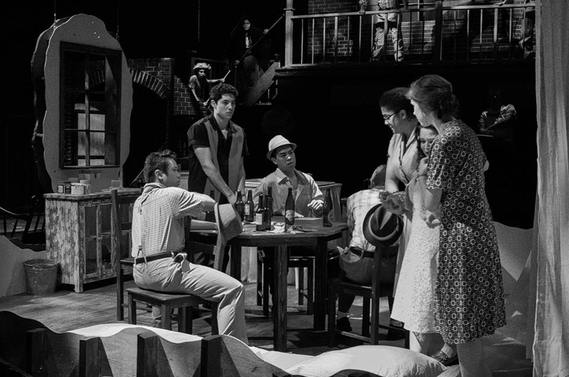 Directed by Andy Sinclair
​
Thursday, October 17 - 10:00am (Free Community Performance)
Friday, October 18 -       4:00pm & 7:30pm
Saturday, October 19 -  4:00pm & 7:30pm
Black Box Theatre
​​
A deviously delicious Broadway and Hollywood sci-fi smash musical, Little Shop Of Horrors has devoured the hearts of theatre goers for over 30 years. Howard Ashman and Alan Menken (Disney's The Little Mermaid, Beauty And The Beast, and Aladdin) are the creative geniuses behind what has become one of the most popular shows in the world.

The meek floral assistant Seymour Krelborn stumbles across a new breed of plant he names "Audrey II" - after his coworker crush. This foul-mouthed, R&B-singing carnivore promises unending fame and fortune to the down and out Krelborn as long as he keeps feeding it, BLOOD. Over time, though, Seymour discovers Audrey II's out of this world origins and intent towards global domination!

​This musical comedy is sure to be an up-close and vibrant must-see in our Black Box Theatre! 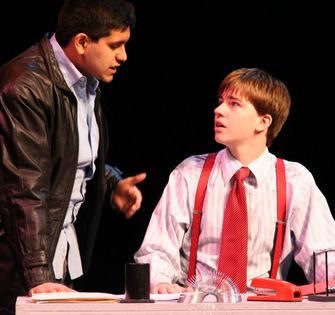 Join Niles West Theatre in our inaugural "devised production."  A company of actors, technicians and storytellers will create an original, devised piece of theatre that will only reveal itself on opening night.

This is an experimental new work that you will not want to miss! 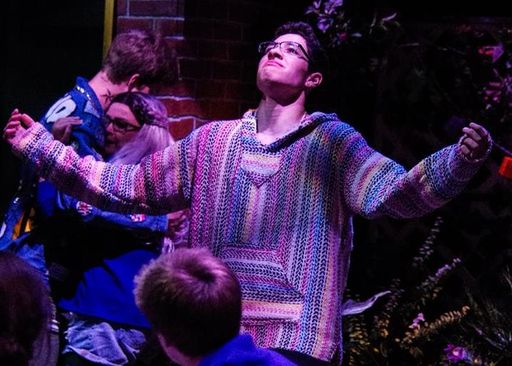 Direct from the Royal Shakespeare Company in London, this modern retelling of the classic Peter Pan tale is  told through Wendy's perspective.  The play begins as Wendy meets Peter Pan,  the boy who never grows up. She and her brothers, John and Michael, fly away with Pan and Tink to Neverland, where they meet with the Lost Boys and battle the eviil Captain Hook.  This feminist re-working of the story prominently discovers some of the darker themes within the original story .

It’s the tail end of the big, bad 1980s in Hollywood, and the party has been raging hard. Aqua Net, Lycra, Heavy Metal flow freely at one of the Sunset Strips last legendary venues, a place where legendary rocker Stacee Jaxx takes the stage and groupies line up for their chance at an autograph. Amidst the madness, aspiring rock star (and resident toilet cleaner) Drew longs to take the stage as the next big thing (and longs for small-town girl Sherri, fresh off the bus from Kansas with stars in her eyes). But the rock and roll fairy-tale is about to end when German developers sweep into town with plans to turn the fabled Strip into just another capitalist strip mall. Can Drew, Sherri, and the gang save the strip–and themselves–before it's too late? Only the music of hit bands Styx, Journey, Bon Jovi, Whitesnake and more hold the answer.
Rock of Ages: School Edition takes you back to the times of big bands with big egos playing big guitar solos and sporting even bigger hair! This Tony Award -nominated Broadway musical features the hits of bands including Night Ranger, REO Speedwagon, Pat Benatar, Twisted Sister, and others.